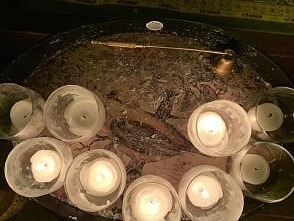 Mordecai persuaded Esther to visit King Ahasuerus. But this was risky. Even though she was queen, Esther did not have authority to approach the king without being summoned. To approach the Persian king in this way usually resulted in death.

So, in preparation for taking this risk, she fasted, prayed, and did penance. And she prayed specifically that God would have mercy on Israel despite Israel’s many sins and failings.

Likewise, Mordecai prayed to God. In his prayer, he examined his conscience concerning his refusal to bow down to Haman. As he did, he recommitted himself to doing homage to God alone.

When Mordecai challenged Esther to think in terms of fulfilling her life’s purpose, she saw her situation differently. As a result, she took seriously the need to prepare.

Accordingly, Esther did not prepare by writing down a speech or some other form of persuasive argument. Instead, she prepared for her encounter with prayers and fasting.

Preparation is the part of “process thinking” that leads to excellence. Of course, there are many ways that we prepare for any important moment in our lives.

But, preparation with God through prayer and fasting is the most important. It opens my heart to possibilities that I could not anticipate on my own. And it reminds me that no matter how else I might be prepared; God is ultimately and entirely in control of the circumstances of my life.

“If anyone cleanses himself of these things, he will be a vessel for lofty use, dedicated, beneficial to the master of the house, ready for every good work.” 2 Timothy 2:21