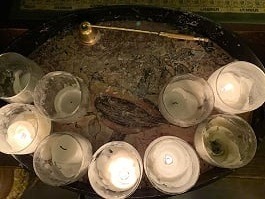 Tobit was fifty-eight years old when he was afflicted with blindness. But he still lived for another fifty-four years. As he was dying, his people laid him on his bed. And he charged them to continue following God.

He also asked Tobiah to remain with his mother Anna, until she died. At that time, Tobit directed him to bury her in his grave. And then, he commanded him to immediately move away to avoid the destruction of Nineveh.

After Tobit and Anna died, Tobiah moved his family back to Ecbatana. Once there, he and Sarah cared for her parents until they died.

Tobiah and his wife Sarah took care of Tobit and Anna until they died. And then, they returned to Sarah’s parents in Ecbatana and cared for them. They were faithful to Tobit’s instructions throughout their lives together. And they honored their parents in accordance with the Law of Moses.

One of the greatest joys on earth is to see your children attain excellence.

“But wisdom is vindicated by all her children.” Luke 7:35