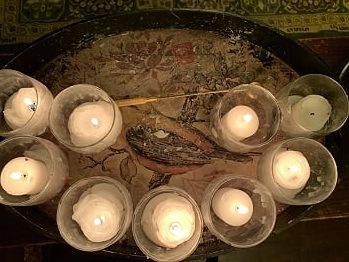 At the request of the provincial governor, King Artaxerxes stopped the Israelites from continuing work on the Temple or repairing the city of Jerusalem. However, King Artaxerxes died several years later. He was succeeded by King Darius.

So, at the beginning of the reign of Darius, the Jews began to build once again. They were led by Zerubbabel and Jeshua. And this once again provoked the regional governor, whose name was Tattenai.

As a result, Tattenai reported the matter to Darius.

The Jews had returned from the exile in Babylon at the direction of King Cyrus. And the expressed reason for this return was to build a Temple devoted to the worship of God.

So, despite the resistance of the people living nearby, the Jews worked to rebuild the Temple. They saw this as God’s work. And they chose not to refuse God’s command.

Deciding Between God and Man

The apostle Paul encouraged the people to live peaceable lives. In this way, he recognized that the goodness of lives devoted to Christ very rarely causes a Christian to be at odds with the law of the land.

But still, it does happen that cultural values sometimes run so contrary to the command of Christ, that we have to choose who we will follow. And when that time comes, then we choose.

“Peter and John, however, said to them in reply, “Whether it is right in the sight of God for us to obey you rather than God, you be the judges.” Act 4:19