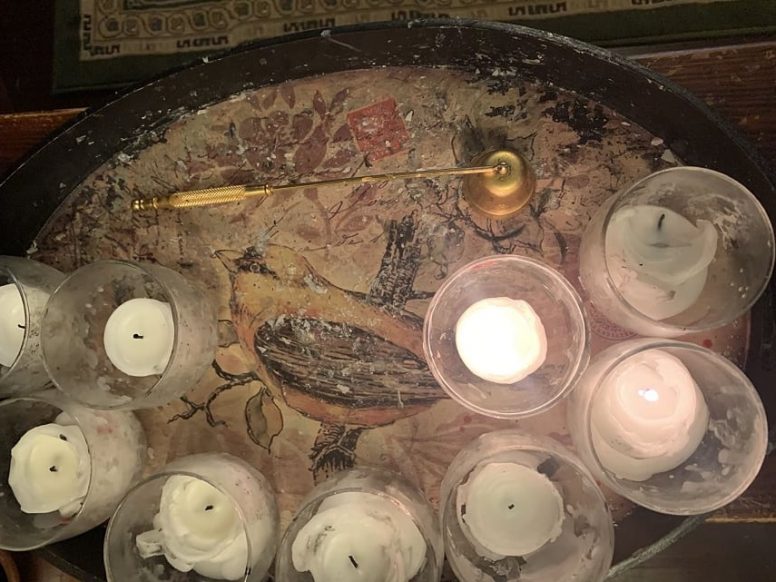 As the exiles returned, the scribes recorded the census of people by their clans. And they even included the numbers of those people whose records could not be authenticated as exiled Israelites.

When they arrived in Jerusalem, leaders amongst the people made voluntary offerings to begin the process of rebuilding the Temple.

Although they numbered more than forty-two thousand people, the exiles were aware that their numbers were few. As they returned to the desolate city, they realized that God would have to help them if they were to survive and succeed.

For me, the challenge of remaining in the present moment is my tendency to think in terms of the larger story. I want to believe that my life has purpose and meaning. For this reason, I sometimes tend to dwell in the past – interpreting and even overinterpreting.  Or, alternatively, I focus on the future, comparing what I think should happen compared to those things I fear may actually happen.

As a result, the decisions and the actions that I take today sometimes don’t seem significant in the context of the larger story. Instead, they seem small and insignificant. And sometimes they even seem meaningless.

But the key for me is to remain present to the matter that is right in front of me. Small or large – my hope is found in responding to the thing actually present. And this with a commitment to love well. Oddly enough, this is always in my power.  And this commitment is never insignificant.

“For whoever has scorned such a day of small things will rejoice to see the capstone in the hand of Zerubbabel.” Zech 4:10