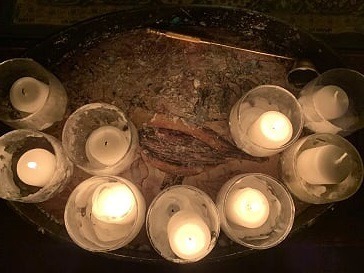 Nebuchadnezzar, the “King of Assyria” was fighting Arphaxad who was king over the Medes. But Nebuchadnezzar was struggling because the Medes had so heavily fortified Ecbatana, their capital city.

So, he called for other nations to come and help him. Many kings from the immediate area answered the call and brought their armies in support of the king. However, the call for support was almost universally rejected by the nations to the west.

As a result, Nebuchadnezzar became enraged against the western countries. And so, he swore an oath the he would take vengeance against those who had refused to support him.

It took Nebuchadnezzar five years, but ultimately his forces prevailed over the Medes.

Nebuchadnezzar and the Western Nations

The western nations failed to respect Nebuchadnezzar’s envoys who requested their assistance. Instead, they showed contempt for the king and disgraced his envoys. And this is what provoked his rage.

In my life I’ve learned that it is not possible to do everything that other people ask. Sometimes, even very demanding and powerful people make requests that I cannot serve. Knowing this, it is critical to always hold other people in esteem. In other words, let the other person know that you care, even if you cannot serve. Always respond with respect.

To do otherwise is a provocation.

“A mild answer turns back wrath, but a harsh word stirs up anger.” Prov 15:1