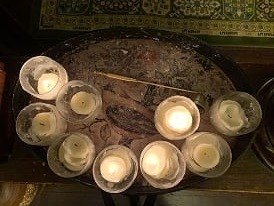 The local magistrates wanted to discredit Nehemiah. So, they bribed a prophet in Jerusalem to falsely prophecy that assassins were about to strike him. They hoped to discredit him as a coward.

But, Nehemiah refused to hide in temple.  He discerned that the prophet’s warning was not from God. And so, he ignored him.

Instead, Nehemiah accelerated the efforts to complete the project. Accordingly, the whole building project was completed in a mere fifty-two days. Afterwards, he had the doors constructed and setup at the various gates. And finally, Nehemiah selected trustworthy men to manage Jerusalem.

The magistrates who opposed Jerusalem’s reconstruction were confounded. They could not find a way to stop Nehemiah’s effort to rebuild the city walls.

And so, in the final effort, they attempted to impugn his reputation. Their plan was to have Nehemiah flee to the Temple and hide himself there. And then, they no doubt intended to expose him as he cowered in the outer sanctuary. They imagined this would wreck his creditability with the Jews in Jerusalem.

Once they had driven a wedge between Nehemiah and the people, the magistrates no doubt intended to foment an insurrection against him with Jews who were on his side. However, Nehemiah understood these things and did not fall into their reputation trap.

Fear is a Liar

Very often, it can be a frightful thing to stand for the truth. But the truth offered in love is worth it. And when love is perfect, then there is no longer any room for fear.

“You belong to your father the devil and you willingly carry out your father’s desires. He was a murderer from the beginning and does not stand in truth, because there is no truth in him. When he tells a lie, he speaks in character, because he is a liar and the father of lies.” John 8:44