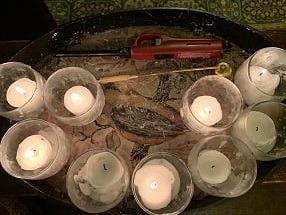 During much of Josiah’s reign, Israel was at peace. But there were major shifts going around them between the larger regional powers. And Egypt was a part of this.

Josiah made the decision to engage Egypt. And, even though Egypt actively avoided the fight, the king of Jerusalem engaged. Unfortunately, Josiah was killed as a result of the battle. Naturally, he was buried with honor. And the people lamented his death.

The people chose Jehoahaz as the next king. So, when he was twenty-three years old, he began his reign. However, he reigned for only three months. After this, the Egyptian King Neco, deposed him. In fact, Neco imprisoned  Jehoahaz  in Egypt. And, he made Jehoiakim, Jehoahaz’s older brother, king in Jerusalem. Neco also took a large sum of money as tribute.

Josiah disastrously fought against Egypt. In making this decision, he allied himself with Egypt’s enemies. And this alliance cost him his life.

I suppose that everyone, at some time in their life, seeks an ally. But aligning myself with other people who are motivated by their own ambitions always carries risks. Once an alliance is made, it can be tough to break. Especially if I’ve benefited from the relationship.

And this is perhaps one of the greatest benefits of relationship with God. The wisdom of God is imparted through His word. For this reason, I have a special opportunity – I can know God’s word.

Knowing God’s word means I have access to God’s wisdom. And acting through God’s wisdom is what it means to align myself with God.

This is an alliance in friendship and followership that never fails.