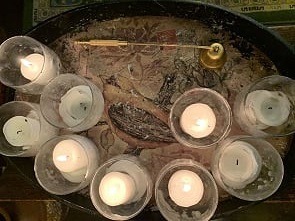 There was an uproar in Jerusalem. King Josiah had ordered the Temple to be repaired. In the process, the long-lost Law of Moses was discovered. So, the king had a scribe read the book to him.

Not surprisingly, he was shocked by what he heard. Immediately, he realized that the people were not behaving in accordance with the law. And so, he directed the priests to inquire from God what to do.

For their part, the priests went to a prophetess named Huldah. And she reported that God had determined to inflict the curses that had been written in the book. However, because of Josiah’s heart of repentance, the curses would not begin until after his time.

After this, the king called the leaders, and all the people of Jerusalem together. So, they met at the Temple. And there, Josiah had the law read to all the people. What’s more, he made a covenant with God to always obey the commands found in the Law of Moses.

The key to Josiah’s repentance was humility. Even though he was the king, he humbled himself before the Lord. Because of their position and power, many of his predecessors responded in the exactly opposite way.

There are so many ways that a person might respond to the sudden realization that they have done something wrong. But Josiah’s example avoids all the justifications or academic speculations that I am personally prone to. Instead, he owned the failure and committed to repairing the damage.

His way was direct and actionable. And God honored that.

“Humble yourselves before the Lord and he will exalt you.” James 4:10