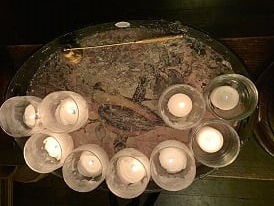 As the conversation continued, Zophar persisted in rebuking Job. Specifically, he claimed that evil people may indeed have great wealth. But he countered Job by claiming that their eventual downfall comes quickly and violently.

Yet, Job dismissed Zophar’s claim. As an alternative, he challenged Zophar by observing that not only do evil people often thrive, they also overtly reject God. And yet, God does not punish them.

Job found this perplexing and frustrating.

Job was exasperated by the conversation with his friends. Neither his nor their effort to persuade was having any effect. No one changed their position.

In the end, evangelization is never a matter of persuasion. Instead, the issue rests on my willingness to accept revelation.

For a believer this is obvious. So much so, it is easy to forget how rare the gift really is.

“Jesus said to him in reply, ‘Blessed are you, Simon son of Jonah. For flesh and blood has not revealed this to you, but my heavenly Father.’” Matt 16:17