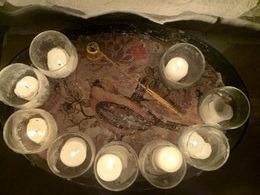 Job continued his final response to Bildad. Specifically, he countered his friend’s claims about God. And basically, he implied that Bildad really didn’t understand much about God.

With this, he once again insisted on his own innocence. And, he refused to accept his friends’ claims that his own sin was the only possible explanation for his pain and suffering.

Then, Job asked a larger question. Using a poetic form of rhetoric, he explored the nature of wisdom and how it could be obtained.

After a long time of talking, Job was done with his friends. Despite their best efforts, Job had consistently refuted his friends’ wrong ideas about God. But his success only made his deeper need more obvious. Even though he knew they were wrong, he still lacked answers.

And so, he turned his attention to wisdom. He wanted to know how to understand his circumstances.

The Search for Wisdom

The scriptures teach that God creates through wisdom. But, there are two dimensions to this wisdom. The first is an understanding of how something fits in creation. With effort and the inspiration of the Holy Spirit, it is possible for me to see a thing in its essence. And with this, I can love it for its own, transcendent sake.

But the other dimension is opaque. The “how” and the “why” that motivated God to create all that He has created out of nothing – that’s essentially mysterious. As Job said about this kind of wisdom, “nor is it to be had in the land of the living.”