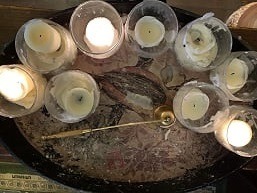 Jerusalem Waiting to Be Filled

During Nehemiah’s time in Jerusalem, the people came together in a great assembly. Once there, they recommitted themselves to serving God and the community. A part of this commitment was to tithe faithfully.

Soon afterward, it became obvious that the newly reconstructed city needed to be populated. And so, the Israelites came up with a plan whereby one out of every ten men living in other Israelite cities would move to Jerusalem.

Jerusalem Waiting to Be Filled

Jerusalem was suddenly a viable, fortified city with a functioning temple. Based on its historical precedent, the city likely to grow quickly. For many, this may have seemed like a real opportunity.

Cities Waiting to Be Filled

Historically, it isn’t common for a city to be built before the citizens come to live there. Usually, the process is more organic. Villages grow into towns and towns grow into cities, that sort of process.

But God has promised to go before us to prepare a permanent dwelling for us. He has built a city. And one fine day, He will fill it with the Authentic Community.

“And if I go and prepare a place for you, I will come back again and take you to myself, so that where I am you also may be.” John 14:3