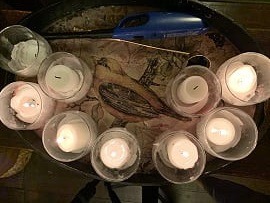 At the failed battle for Ramoth-gilead, King Ahab died of his wounds. But King Jehoshaphat escaped injury and returned to Jerusalem.

Once there, Jehu the prophet came to him. The prophet rebuked him for helping King Ahab’s plan.

For his part, Jehoshaphat accepted the prophet’s rebuke. And then he continued in his previous work. Specifically, he introduced a new justice system to the kingdom of Judah. By appointing judges throughout the kingdom, he assured that the law of Moses would be the legal standard for judging throughout the land for years to come.

Jehoshaphat established a new system of judges throughout his kingdom. And, as he appointed the judges, he reminded them that justice was more than human decision-making. For him, justice was a divine intervention.

And for this reason, he challenged the judges to walk continuously in the fear of the Lord. Of course, a basic part of that fear was to avoid any perversion like partiality or bribe-taking.

God has created me in the context of community. It follows that my existence is essentially moral. For me, not relating to others is not possible. And so, there is no avoiding the mandate of justice.

Now, every individual thing that God has created has some intrinsic value. Otherwise, He would not have created it. And yet, it is possible for me to not perceive God’s intrinsic value in creation.

So, maybe my challenge isn’t simply a matter of “being just”. Maybe the challenge is to learn to recognize intrinsic value in the people I meet. Maybe this is what it really means for me to “fear the Lord”.

“You have been told, O mortal, what is good, and what the LORD requires of you: Only to do justice and to love goodness, and to walk humbly with your God.” Micah 6:8