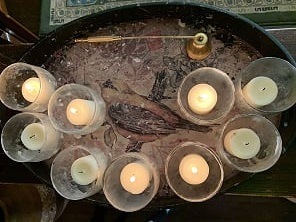 As the Israelites rebuilt the Temple, the provincial officials wrote to King Darius. They wanted the Persian king to know what the Jews were doing. And they wanted to know if it should be permitted.

As a result, King Darius ordered a search of the archives in order to validate the Israelite’s claims and decide how to proceed. And after searching, archivist discovered the scroll written by King Cyrus.

From the time of Moses, it was an Israelite cultural habit to write things down. Of course, the Israelites were not unique in this respect.

But, having written records was the first step in creating a historical record. And accurate historical records allowed them to respond to the inquiry of the provincial leaders with integrity.

I know of a man who prayed to God. He was a successful businessman. And he had a nice office. On the wall behind his desk was a large metal ring. And on the ring were recipe-sized index cards with a larger card that divided the index cards into two sections.

Whenever the man had a need, or when someone else identified a need in their life, he prayed. And once he prayed for something, he always wrote down the intercession on the front side of a new card. Then he would attach it to the ring on the “Unanswered Prayer” side of the ring. When the prayer was answered – however it was answered – he wrote down God’s answer. And then he shifted the card to the other side of the ring.

As a result, the man had a ready reference to remember those things he was actively praying for. And perhaps more importantly, he had a record of his prayer intentions including the way in which God had answered his prayer.

He reviewed this often. And by doing so, he was constantly reminded of God’s faithfulness.

So, the moral of the story: record your experiences – especially those encounters with God. Journal in order to remember.

“Now come, write it on a tablet they can keep, inscribe it on a scroll; That in time to come it may be an eternal witness.” Isaiah 30:8