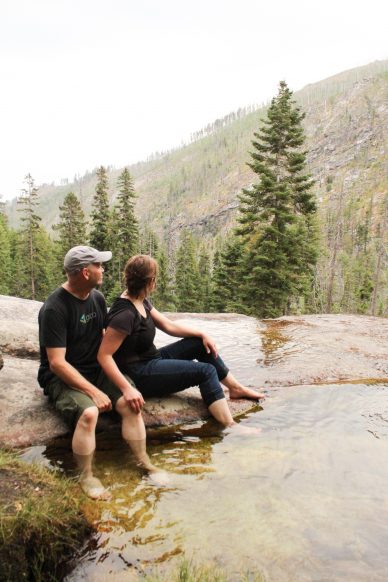 Hezekiah Out of Options

Hezekiah succeeded his father Ahaz as King of Judah. However, unlike his father, he did not embrace Assyrian culture and authority. In fact, quite the opposite, he openly rebelled against the authority and influence of Assyrian.

As a result, after King Hezekiah ruled over Judah for fourteen years, the King of Assyria attacked. He invaded the land. And this time, Hezekiah had no obvious choice but to relent. So, he paid a large ransom to the Assyrian king.

Hezekiah Out of Options

Hezekiah gave everything he had in order to appease the Assyrian king. He even gave components from the temple including the nave doors that were overlaid with gold. As a result, it was obvious to the Assyrian king that Hezekiah was practically destitute.

The capital of Judah was Jerusalem. And Jerusalem was out of resources. The last bastion of Israelite culture and worship was entirely vulnerable. This was the Assyrian king’s opportunity to destroy Israelite influence once and for all.

When I’m Out of Options

For my part, I avoid the situation where I don’t have any options. And perhaps we all do.

For every “Plan A”, I want to have a “Plan B” and “Plan C” whenever possible. Of course, this is because I want to keep control over my circumstances. And there’s nothing intrinsically wrong with that. When it’s possible to anticipate future circumstances, it is prudent and appropriate for me to do so.

But there is something strangely magical about the moment when I’m out of options. When I’ve done everything that I can and all my “Plan B”’s are exhausted. When I’m exhausted.

When I have nothing left.

And in that moment, I cry out to the Lord…And He rescues me.

Maybe not in the way I hoped or imagined. And maybe not without feeling some real pain – some real suffering.

“In this you rejoice, although now for a little while you may have to suffer through various trials, so that the genuineness of your faith, more precious than gold that is perishable even though tested by fire, may prove to be for praise, glory, and honor at the revelation of Jesus Christ.” 1Peter 1:6-7