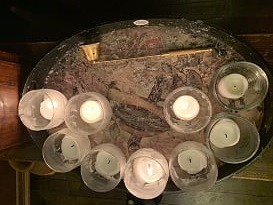 Haman persuaded King Ahasuerus that the Jewish people living in his empire were a threat. Furthermore, he convinced the king there was only one solution. The empire must annihilate the entire Jewish population.

King Ahasuerus accepted Haman’s interpretation concerning the Jews. So, he authorized Haman to draft a decree. And so, the king’s scribes sent this decree to all one hundred and twenty-seven provinces in the empire.

In the decree, Haman set a particular date. On that date, the decree commanded the citizens of the empire to violently destroy all the Jews. What’s more, the command included men, women and children.

Curiously, Haman established the particular day by casting lots. And so, in this way, the king agreed to order the genocide of the Jews on the fourteenth day of the twelfth month of that year. Additionally, as part of the order, Haman incentivized the killers. He allowed murderers to claim the property of their Jewish victims.

So, the king distributed this document throughout the Persian Empire.

Persian Genocide of the Jews

In the letter to provincial leaders, Haman justified genocide on the basis of what was good for the Persian Empire at large. Interestingly, he argued in the language of modern eugenics.

The technical term for these kind of synthetic agreements is “social contract”. But, generally we call them more familiar names. For instance, people say “Constitution”, “Charters”, or “Compacts”. But whatever the name, the purpose of all social contracts is to govern the behavior of the people.

And yet, once a social contract comes into existence, many people deeply embrace the terms of their contract. So much so, that some behave as if their particular social contract was actually immutable and transcendent. Unfortunately, it is this belief that drives the radical adherents of any particular contract to fight, and even die for their curiously parochial, agreement.

Historically, this is the source of all war and strife. But it is also the justification for many other moral abominations like eugenics, euthanasia, abortion and the death penalty.

Of course, none of this is part of the Authentic Community. In the communion of saints, there is no war or strife. In this community, no member is positioned to decide for another who should live or die for the sake of the community. Instead, we look to God to reveal what is worthy – what is good, and beautiful, and true. And this alone guides the community to the fulfillment of its essential purposes.