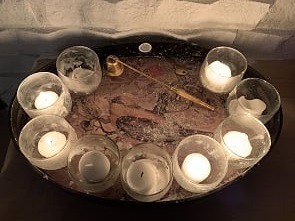 Because Judas Maccabeus was so effective in past battles, foreigners living in Jerusalem were ejected. As a result, the foreigners complained to the new king. And the new king, along with Lysias, decided to solve the problem. So, they assembled an unimaginably large army equipped with the latest technology.

Judas Maccabeus and his forces went out to fight this army. And initially they killed about six hundred. However, they subsequently retreated and fled as the full force of the army moved against them. As a result, Antiochus’ army ended up capturing Jerusalem.

Almost immediately they began a siege of Mount Zion and the Temple Mount, which Judas had reinforced. And almost immediately, the food began to run out in the temple. And yet, just in time, Antiochus and Lysias received word that Philip had arrived back in Antioch. And he was threatening the new king’s reign.

So, the king and Lysias decided to withdraw.

No human effort could have resisted Antiochus’ army. And yet, Judas Maccabeus was faithful. He fought. Then, the Jews resisted in the besieged temple. As a result, God delivered them through political intrigue.

This was an unimaginable outcome for the Jews. In their minds, they could not have conceived that God would save them from a terrible siege by creating a political enemy to threaten these enemies of the Jews.

In Isaiah, it is written that God declares the outcome before anything is actually done.

There is freedom in letting go. There is a remarkable, faith-building joy in seeing God consistently meet the needs and challenges before me, sometime just in the moment I desperately need them.

But, there is a cost to gaining freedom. And part of this cost is remaining committed to act in harmony with God even though I realize that He remains in control.

Judas Maccabeus went out to battle even though he trusted that God controlled the outcome. Likewise, may I act intensely in accordance with what I know God has asked of me in this moment. And then, may I be willing to accept what comes generously from His hand in accordance with His good plans for my life and the lives of others.

“At the beginning I declare the outcome; from of old, things not yet done. I say that my plan shall stand, I accomplish my every desire.” Isa 4:10