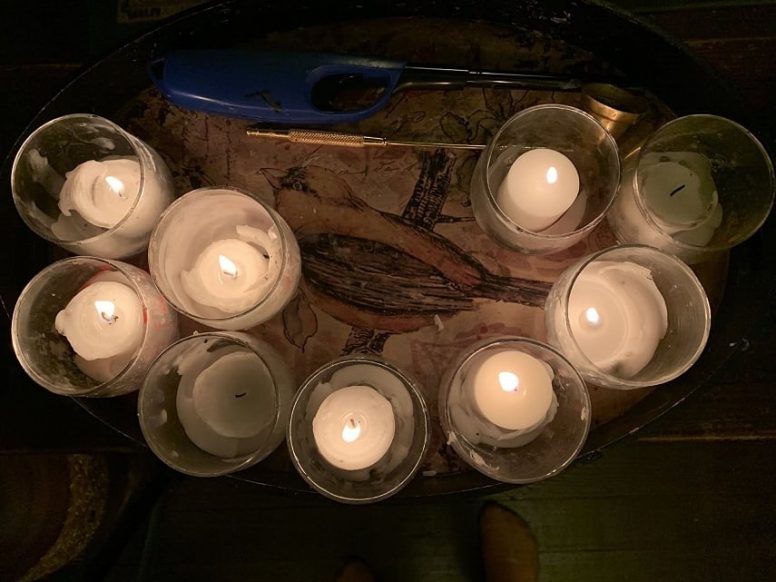 Ahab’s prophets prophecied victory for the battle at Ramoth-gilead.

But Jehoshaphat wanted to hear from a prophet of the Lord.

So, Ahab brought Micaiah. Ahab’s messenger told Micaiah to prophesy good. So, Micaiah prophesied what he was told.

But, Ahab didn’t believe him. And so, he commanded Micaiah to deliver a true prophecy. At this point, Micaiah famously prophesied doom for Ahab.

There’s a strange double-entendre in Micaiah’s prophesy. One the one hand, the prophet told Ahab the truth. But on the other, he told Ahab that he would not be able to hear the truth because the king had been willingly deceived by a lying spirit.

Ultimately, Micaiah told Ahab the truth with the full knowledge that Ahab wouldn’t’ believe him. And God was okay with all this.

Ahab had become so focused on his own ambitions that he had become blind to the truth. Accordingly, he could not rightly see his own circumstances.

This is part of the terms of life. God doesn’t force me to seek or accept the truth. And this, no matter how obvious the truth might be to the casual observer.

In effect, I have the power to believe a lie if I’m intent on doing so. Of course, I have this ability as a collateral effect of the liberty to choose. And I have this liberty because, without this kind of liberty, I could experience neither faith nor love.

So, may God protect me from my own ambition. At least until the day when I can see the truth plainly.

“Therefore, God is sending them a deceiving power so that they may believe the lie, that all who have not believed the truth but have approved wrongdoing may be condemned.” 2Thes 2:11-12