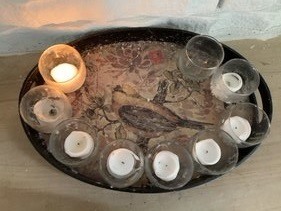 As psalm writer, David made certain observations about the nature of God. He did this in Psalm 7 during the time Saul was wrongly persecuting him. From his experience, he concluded that God was a protector. He protects righteous people from the injustice of evildoers.

In Psalm 8, David celebrated God’s wisdom and goodness. And he marveled at how God created man. God made man to rule earth as little less than a god. And God gave man dominion over all of the earth as the premier part of His creation.

With Psalm 9, David’s focus shifts to pure praise. He rejoiced and delighted in praising God. In this way, David declared the righteousness of praise.

As king, David ruled over Israel. And during his reign, the kingdom gained real independence from its neighboring states. In fact, during his reign most of the nations that had historically persecuted Israel became vassals of Israel.

From David’s perspective, God built rulership into his purpose in creating man. A part of man’s purpose is to subdue the earth. His job is to bring order and justice. In other words, God always intended human beings to have dominion. For David, this understanding was a big part of his personal power.

In the existentialist, postmodern age, we have few powerful kings. So, there are no real, political standard bearers. And there are very few universally, accepted standards.

So, it is a strange thought. God made me to rule. He made me to order and govern in my domain. And He made this both a mandate and destiny. Every human being shares this.