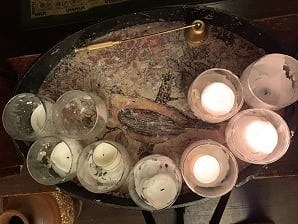 The Assyrian army was led by the great general Holofernes. And Holofernes was besieging the Israelite city of Bethulia because it controlled access to Jerusalem. At the advice of a Moabite general participating in the siege, Holofernes captured the city’s water supply. As a result, the city quickly ran out of water.

After many days, the people became thirsty. So much so, they demanded to meet with Uzziah, the city’s chief. At the assembly, the people demanded Uzziah to give the city over to Holofernes. They knew that if he did, they would be killed or enslaved. But they didn’t care because their thirst was driving them mad.

Uzziah prevailed upon the people to wait five more days to see if God would somehow break the siege.

After Uzziah made this agreement with the people, a woman named Judith heard about it. Judith was a childless widow who lived faithfully in accordance with the Law of Moses.

The Bethuliaites were willing to trade anything and everything for water. The lack of water was so acute and their need for water so great, that nothing else seemed to matter.

The great Jewish King David once wrote, “O God, you are my God—it is you I seek! For you my body  yearns; for you my soul thirsts, In a land parched, lifeless, and without water.” (Psa 63:2)

I need water. My body needs it to physically survive. And when I don’t have enough, I’ll do most anything to find some.

But I need God’s spirit even more than I need water. And yet, my awareness of this need is somehow tied to the depth of my relationship with Jesus. It is hard to miss that which I’ve never had. But once had, the longing for God sometimes seems to eclipse everything – even water.