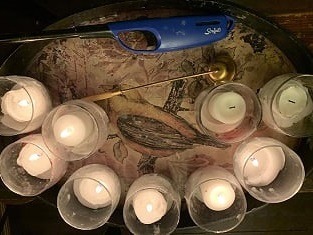 Ahab’s chief prophet was Zadok. But the prophet Micaiah contradicted Zadok. And so, Zadok reproved Micaiah and struck him. On top of that, Ahab imprisoned Micaiah.

Despite Micaiah’s doom prophecy, both Ahab and Jehoshaphat went ahead to Ramoth-gilead to fight. Unfortunately, the king of Aram was ready for them. And, as he led his men out, he specifically directed his charioteers to engage only with the king of Israel.

Meanwhile, Ahab somehow convinced Jehoshaphat to remain in his royal clothing for the battle while he disguised himself as an ordinary chariot soldier. As a result, the Aramean soldiers immediately engaged with Jehoshaphat. And they pursued him with such determination that he quickly turned and fled. In the end, he barely escaped capture.

However, even though the enemy didn’t recognize Ahab in his disguise, he ended up mortally wounded by a chance arrow.

Ahab knew that Micaiah had prophesied his doom. But he couldn’t ignore the prophecy of his own prophets in favor of a prophet of the Lord. For if he did, then everyone would conclude that Baal was a worthless idol and his prophets were senseless fools.

Accordingly, Ahab could not easily accept Micaiah’s prophecy – even if he wanted to. But, knowing what Micaiah had prophesied, he convinced Jehoshaphat to wear his royal robes while he disguised his own appearance. This, he believed, greatly reduced the chances of his death or injury.

However, despite the effort to hedge his chances because of Micaiah’s prophecy, an arrow that was not particularly well aimed, found its mark in the space between his armor plates. And he was killed.

The Hedge Is God

The only certain hedge in life is found in a faith-filled relationship with Jesus. For that reason, true faith will always be more than the indistinct concern that there might actually be a hell.

“Into the bag the lot is cast, but from the LORD comes every decision.” Prob 16:33